Dominion has proposed 206 miles of access roads for the western section of the Atlantic Coast Pipeline between Buckingham County, Va. and Harrison County, W.Va. Access roads can be as problematic as the pipeline itself and may be subject to even less regulatory oversight. 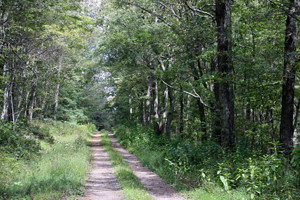 Twenty miles of this would be in the George Washington and Monongahela National Forests, nearly doubling the impact of the ACP on our national forests, intruding on unfragmented natural landscape, endangered Indiana bat habitat, native brook trout streams, Special Biological Areas, and popular public recreation sites.

Dominion is seeking to operate under previously issued general approvals and avoid providing site-specific plans for agency and public review. In response to project delays, Dominion is planning to proceed with construction during difficult wintertime conditions and is seeking waivers from standard environmental restrictions.