Excerpts from cited content:
ACP must develop a new alternative that avoids Shenandoah Mountain and Cow Knob Salamander habitat. . . . Cow Knob salamander habitat is unsuitable for new utility corridors or roads . . . adverse effects must be avoided, they cannot be mitigated. . . . Habitat fragmentation and deforestation from construction and maintenance of a permanent pipeline corridor would further endanger this sensitive species, found nowhere else on earth.

Atlantic is investigating options for avoiding, minimizing, and mitigating potentialimpacts on occupied habitat for the Cow Knob salamander. Depending on the terrain andhabitat, these options could include:

National Forest Scoping Comments on FERC Notice of Intent to Prepare an EIS for the ACP, 4/17/15 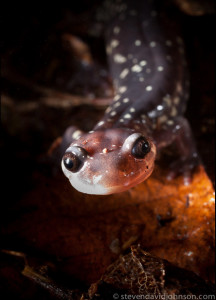 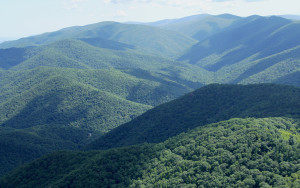 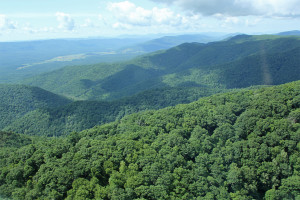 Proposed ACP corridor across Shenandoah Mountain and Cow Knob Salamander impact swath. It was estimated that the loss of habitat from direct clearing and the indirect effect of exposing the forest edge to sunlight, wind, etc. would result in a swath approximately 750′ wide through Cow Knob salamander habitat . . . The pipeline corridor will eliminate gene flow between the north and south part of the populations." - from Forest Service submission to FERC, 9/17/15 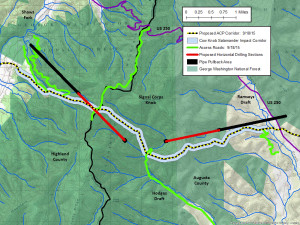 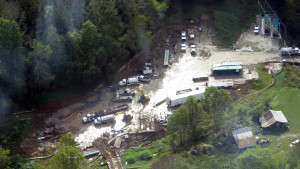 Staging area for horizontal drilling under Interstate 79 in West Virginia. This Pipeline Air Force photo was obtained in September of 2015. The drilling was for the 36-inch-diameter Stonewall Pipeline. The drilling distance was less than 1000 feet. The drilling distances for the proposed 42-inch  Atlantic Coast Pipeline would be 1.3 miles and 1.1 miles. Technical guidance (UNESCO Encyclopedia of Life Support Systems) indicates that horizontal drilling can be done up to about 6,500 feet where grade control is not critical. Dominion proposes to exceed this limit in drilling through Shenandoah Mountain.