Wild Virginia and the Dominion Pipeline Monitoring Coalition (DPMC) have released a report that summarizes and provides important details from thousands of comments the public submitted during May and June. The State Water Control Board ordered the comment period to inform its deliberations, whether to require additional review of pipeline waterbody crossings or rely on the Corps of Engineers’ one-size-fits-all permit.

With the Water Board’s scheduled August 21 meeting now just one week away, it is urgent that the Board have the information it needs to make reasoned and informed judgments. That’s why we decided to act. 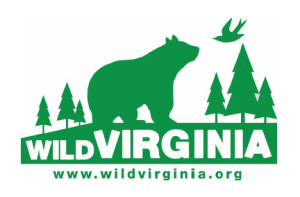 DPMC acquired all of the comments from DEQ, despite some resistance from the Agency to meeting its statutory deadlines, and Wild Virginia posted them online on June 20th. We know that members of the public and media have taken advantage of that information. We’ve now reorganized the comments into folders and categories that can be even more easily viewed and provide a better perspective on the whole body of information they contain. View all the Comments Here.

The Board and the public can find our summary of the comments.
Read the Summary Here

Some of the key findings include:

Overall, more than 17,000 comments or opinions were presented in submittals.
Of that total number, we counted only about 800 that contained unique comments.
All of the others were in form letters, emails, or postcards and in a petition.

Of that total, more than 9,100 expressed that the Board should order new reviews
of at least some waterbody crossings proposed for MVP or ACP; more than 8,300 disagreed.

Of the unique comments, significantly more people supported a thorough review of
waterbody crossings (695) rather than a deferral to the Corps of Engineers’ for a one-size-fits-all permit (120).

When we dug even deeper, to examine those that included the kinds of specific information and analysis most useful to the Board, the count was 161 asserting that new regulatory reviews are necessary, 6 advising the Board not to act.

Much more important than the numbers though, is the incredible depth and breadth of the comments many citizens and organizations provided – the kind of detailed data and analyses the Corps and DEQ should have gathered and provided to the Board long ago. Landowners, who know their lands and waters better than any agency identified dozens of waters not even listed by the Corps and, therefore, clearly not assessed as they should be. Further, many more waterbodies were described incorrectly.

Threats to drinking water sources, sensitive aquatic species, and impairment or elimination of human uses of streams are described in detail in many areas that the two pipelines would affect by experts in scientific and technical fields and citizens supporting their opinions facts, figures, photos and exhibits. The many gaps between the protections the Corps deems adequate and those required by our water quality standards are exposed.

We encourage the members of the State Water Control Board and the public to make use of the information we’ve worked hard to provide. Importantly, discussions of each waterbody or watershed are directly linked to online folders where the actual comments can be immediately accessed.

Based on the awesome effort members of the public made in providing the Board with the information it needs, the Board must see that the Corps’ Nationwide permit simply cannot protect Virginians and our waters from these destructive pipelines. That same message has come through loud and clear, as MVP has caused destruction in counties along its path. (See Mountain Valley Watch Erosion Control Report.)

The Board must not allow that pattern to be repeated by companies digging and blasting through our streams and wetlands.